The Music of Lion King

The Greatest Hits from The Lion King by Elton John and Hans Zimmer / star soloists from Broadway and a Symphony Orchestra present „Circle of Life“, „Can you Feel the Love Tonight“, „Hakuna Matata“ and more. 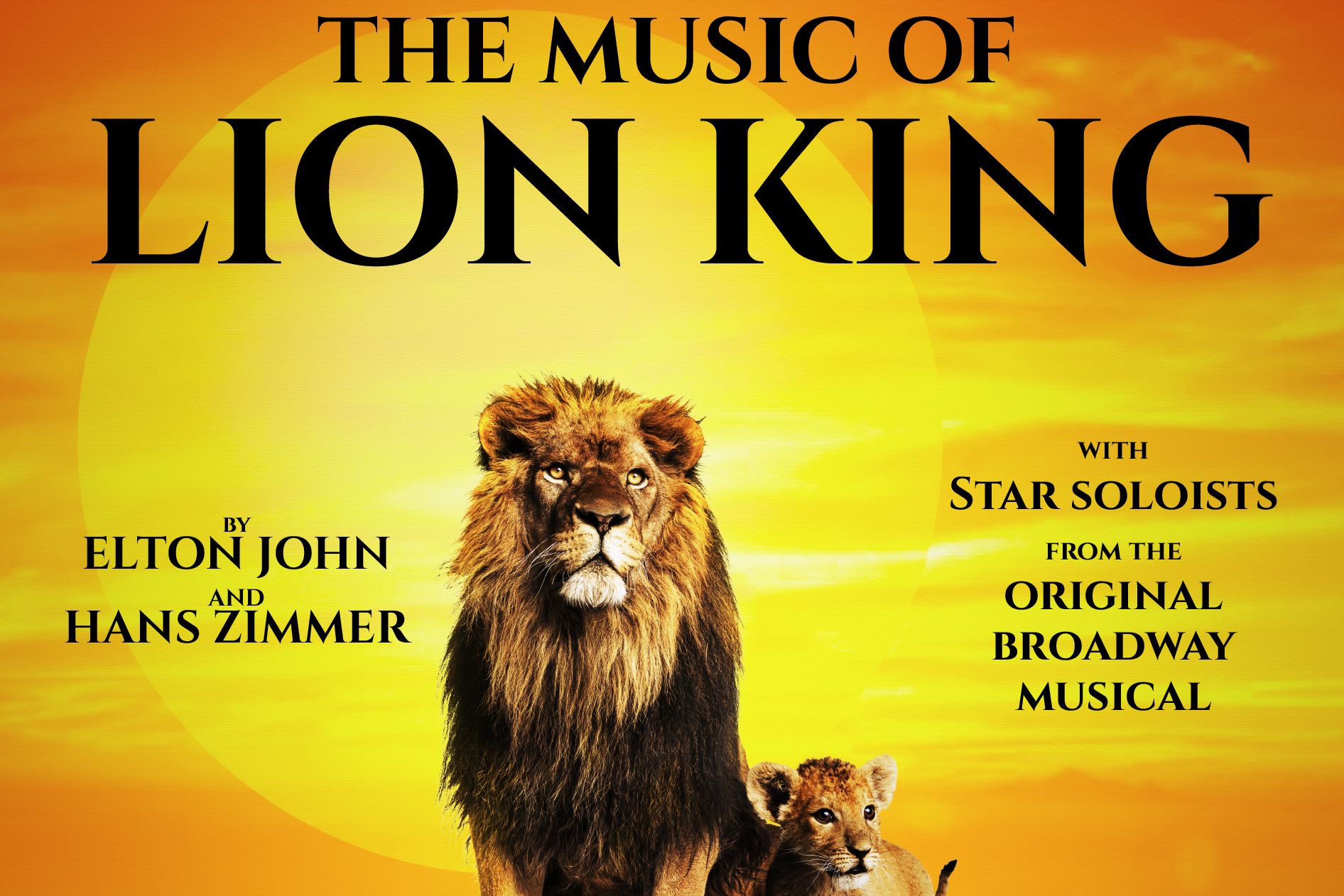 Hans Florian Zimmer (*12. September 1957 in Frankfurt am Main) is a German film composer, arranger and music producer. The Oscar winner works in Hollywood.

Sir Elton Hercules John (*12. September 1947 in Pinner, Greater London, Great Britain) is a British singer, songwriter and pianist. With over 900 million records sold, he is one of the most successful artists worldwide. In 1994, Elton John composed part of the music for the Disney movie The Lion King and was awarded the Oscar for best song for Can You Feel the Love Tonight.

In addition to this Oscar, Elton John also earned six Grammy Awards, a Golden Globe and a Tony Award and a star on the Hollywood Walk of Fame, the inclusion in the Rock and Roll Hall of Fame and the appointment as „Commander of The Most Excellent Order of the British Empire „.

Paul Frederic Simon (*13. Oktober 1941 in Newark, New Jersey) is an American musician and songwriter. In 1957 he formed the duo Simon & Garfunkel together with his friend Art Garfunkel. The commercial breakthrough came in 1965 with the song The Sound of Silence.

Paul Simon has received a total of 12 Grammys and was nominated for the Oscar and Golden Globe for the song „Father and Daughter“ from the children’s film „The Adventures of the Gooseberry Family“.

The Lion Sleeps Tonight is a multi-artist song that was composed in 1939 by South African Solomon Linda and sung in the same year by Solomon Linda’s Original Evening Birds as a Mube. In various cover versions (inter alia, Wimoweh) changed it several times the song.

The Broadway Symphony Orchestra cooperates in Europe with the State Academic Symphony Orchestra and the Chorus of the Republic of Belarus. This orchestra fascinates listeners with „its unleashed desire to make music“ throughout Europe . For several years, the ensemble has also performed successfully at the most famous opera houses and concert halls in Germany, such as the Alte Oper (Old opera) Frankfurt, the Gewandhaus Leipzig, the Munich Philharmonic Hall, the Berlin Philharmonic Hall and the Hamburg Music Hall.
The State Academic Symphony Orchestra of the Republic of Belarus was founded in 1927 as one of the oldest institutions of the Soviet Union. The „Belarusian State Philharmonic Society“ was launched ten years later, to which today the orchestra belongs. The State Academic Symphony Orchestra of the Republic of Belarus has always been one of the leading orchestras in the territory of the former Soviet Union. Some of the most sought-after soloists of the twentieth century were always happy to accept the invitation of this symphony orchestra, such as David Oistrakh, Yehudi Menuhin, Victor Ashkenazy or Isaac Stern.

Orlando is known in Europe for his role as Mufasa in the Julie Taymors Broadway musical version of The Lion King. In this context he also recorded a studio album.
He has toured the stages of the world with international No.1 bands like Boney M and has sung for Jean-Paul Gaultier, among others.

Solani Portia Manyike is an award-winning singer – trained in classical singing – and traditional zullu dancer who has performed on international stages for the world-famous choreographers Vincent Mantose (South Africa) and Savitry Naair (India).
As a singer and actress, Manyike has performed the role of Raffiki in Julie Taymor’s Broadway musical The Lion King and has also performed in Paris.
Her career highlights includes performances for the South American companies Kuma Group, Drum Café and Company Talipot, among others, which also brought Solani Portia Manyike many awards.