THE MUSIC OF HANS ZIMMER & others

The unique film music experience  „THE MUSIC OF HANS ZIMMER & OTHERS“. The symphonic world of Hans Zimmer with music of The Lion King, Pirates of the Caribbean, Gladiator, Dark Knight, Inception, Interstellar and more! 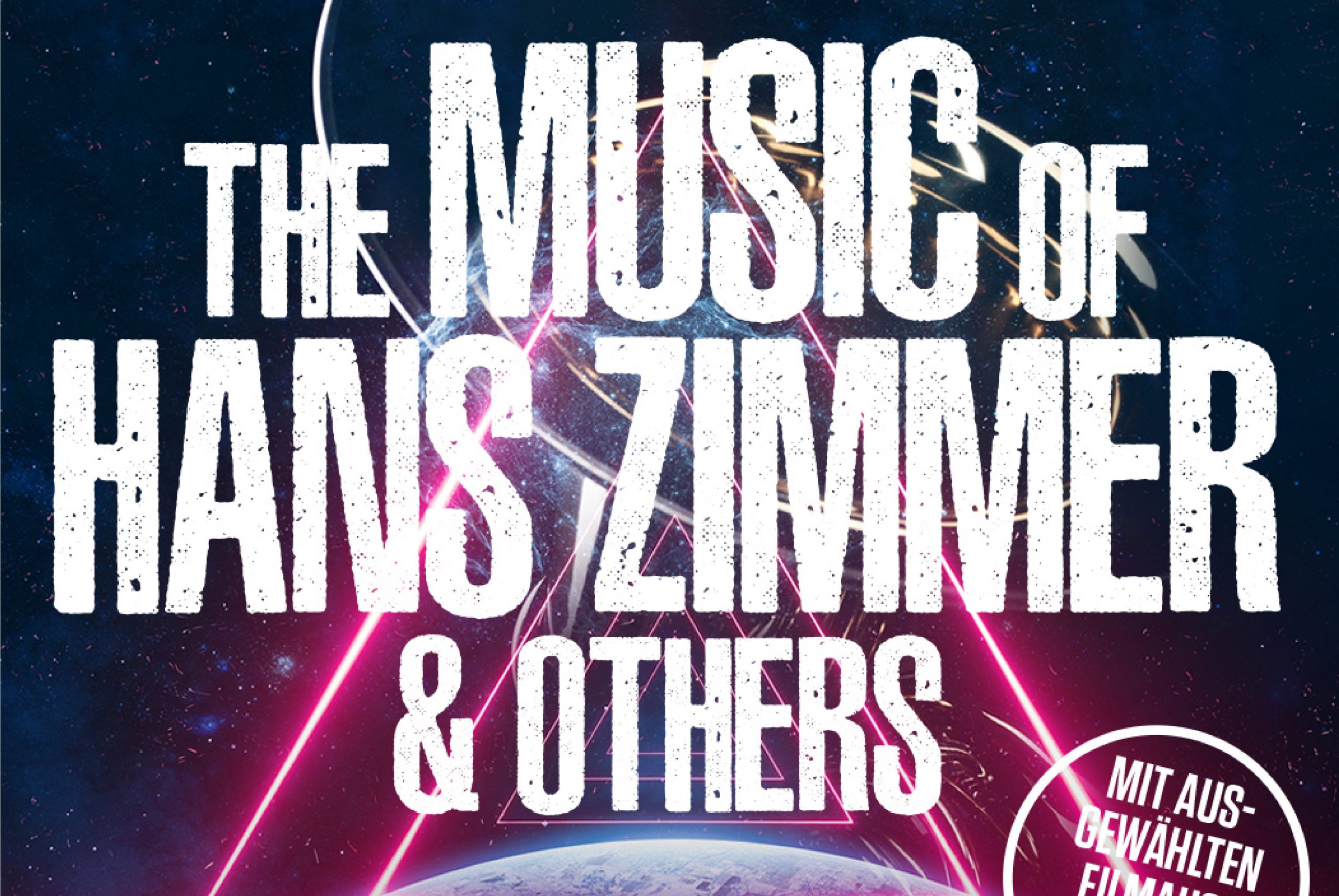 No other composer has influenced the film world in the past two decades as much as the Oscar, Globe and Emmy winner Hans Zimmer with his staggering compositions for films such as The Lion King, Pirates of the Carribean, Gladiator, The Dark Knight, Man of Steel, Inception and Interstellar. The visitors may expect a magnificant musical evening with a symphonic orchestra, choir, soloists, a lightshow and selected film excerpts.

Hans Zimmer became famous with his score for „Rain Man“ and since then has helped to leverage numerous Hollywood mega-hits to success and dramatic-emotional impact. For the film score for Christopher Nolan’s „Dunkirk“ Hans Zimmer received his eleventh Oscar nomination in 2018.

The audience will also learn about interesting background stories, such as how Hans Zimmer completely altered the beginning of Gladiator with Ridley Scott and smuggled a message against apartheid in the song text for Lion King in the native language and told the big Disney corporation that it was about butterflies. Hans Zimmer often named Ennio Morricone as his idol and role-model, whose repertoire will be feautured with excerpts from „The Good, the Bad and the Ugly“ and „Once Upon a Time in America“.

Zimmer followed Morricones example of composing the film music before instead of after filming and shaped the entire work. For example he changed the beginning of Ridley Scott’s „Gladiator“, subsequently the world-famous director moved into the studio of Hans Zimmer, who is an artist with a social conscience and who also composed a song for the victims of the Batman cinema shooting in Aurora, as well as music against climate change – all of which will be heard in the program.

„The Music of Hans Zimmer & Others – A Celebration of Filmmusic“ will be performed by the Hollywood Symphonic Orchestra and Choir, as well as soprano Johanna Krumin, who will perform Gladiator and Ennio Morricone’s „Ecstasy of Gold“ – in an impressive show with light installations, laser projections and selected film clips. Starsoloists from Broadway will perform excerpts from The Lin King, Zimmers most recent boxoffice-smash-hit.

„The Music of Hans Zimmer & Others – A Celebration of Filmmusic“ is an unforgettable audiovisual event for all age groups, film enthusiasts, music lovers and families.

Ennio Morricone:
The Good, the Bad and the Ugly
Once upon a time in America

Hans Florian Zimmer (*September 12, 1957 in Frankfurt on Main) is a German film composer, arranger and music producer. The Oscar winner works in Hollywood.

He was nominated eleven times for the Oscar, fourteen times for the Golden Globe Award and ten times for the Grammy Award. He received his first Oscar nomination in 1989 for the film Rain Man. In 1995 he was awarded with an Academy Award for The Lion King. In 2010 he got a star unveiled on the Hollywood Walk of Fame.

Ennio Morricone (*November 10, 1928 in Trastevere, Rome) is an Italian composer and conductor. He composed the film music of more than 500 films. His name is primarily associated with the Italowestern film genre of the, as he has written the music for 30 such films. He also composed film music for other genres.

The film music for the italowestern classics “The Good, the Bad and the Ugly” (original: Il buono, il gross, il cattivo), the Western-Epos “Once Upon a Time in the West”, Roland Joffé’s drama “The Mission” and Giuseppe Tornatores movie “Cinema Paradiso” brought him special fame. In 2007, Morricone received an Academy Honorary Award and in 2016 for the music for the film The Hateful Eight.

Klaus Badelt (*June 12, 1967 in Frankfurt am Main) is a German composer who specializes in television and film music.

In 1997 he began an internship at Hans Zimmer’s Studio Mediaventures in California and worked with him on several movies in the following years, for instance Gladiator, Hannibal and Pirates of the Caribbean.

Klaus Badelt has been composing for big names ranging from Steven Spielberg to Ridley Scott, creating music for films such as X-Men and Astrix & Obelix as well as for the Olympic Games in Peking 2008.

His studio is called Wunderhorn Music.

The Hollywood Symphonic Orchestra cooperates in Europe with the State Academic Symphony Orchestra and the Chorus of the Republic of Belarus. This orchestra fascinates listeners with „its unleashed desire to make music“ throughout Europe . For several years, the ensemble has also performed successfully at the most famous opera houses and concert halls in Germany, such as the Alte Oper (Old opera) Frankfurt, the Gewandhaus Leipzig, the Munich Philharmonic Hall, the Berlin Philharmonic Hall and the Hamburg Music Hall.

The State Academic Symphony Orchestra of the Republic of Belarus was founded in 1927 as one of the oldest institutions of the Soviet Union. The „Belarusian State Philharmonic Society“ was launched ten years later, to which today the orchestra belongs. The Symphony Orchestra has always been one of the leading orchestras in Russia. Some of the most sought-after soloists of the twentieth century were always happy to accept the invitation of this symphony orchestra, such as David Oistrakh, Yehudi Menuhin, Victor Ashkenazy or Isaac Stern.

He won an international award, a privilege of conducting an exclusive gala concert of the Moscow Philharmonic Society. At the same time he deepened his experience as a violinist in the symphony orchestra of the Moscow Music Academy.

For the role of Manon / Massenet, she was nominated for Best Newcomer of the Year (Critics Award) and is one of the best Sopranos ever to sing the music of Hans Zimmer.

She has performed all over the world and was born same as Hans Zimmer in Germany, where she regularly has an artistic-musical cooperation with the German Parliament, the Federal Foreign Office, the Goethe-Institut and performances at the Olympic Stadium and with the Leadership Orchestra.

Apart from regular pedagogical activity, Johanna Krumin accepts international invitations to conduct workshops, publish articles and give lectures on the subject of singing.

Her current solo CD has won the „Supersonic Award“.

artist with a social conscience and who also composed a song for the victims of the Batman cinema shooting in Aurora, as well as music against climate change – all of which will be heard in the program.

Press reviews of choir and orchestra

„… Fascinating, how the spark omitted at this concert …“

„Impressive were the numbers with choir and large orchestra …“